Stay informed about the latest platform features and updates in v4.36.

A big number of features and improvements are now available in the Nexd Campaign Manager. The highlights from this release:

We do our best to help users understand the end result better. As a lot of new users were confused with the "Publish" button/flow, we now distinguish between export and publish. Publish gave you the tag for the creative and some further steps should be done in your preferred DSP to actually push the ad out. So, now under "Export" you can find the usual flow (previously Publish) where to get the tags. The "Publish" button will lead you to the Buy media feature (if enabled). 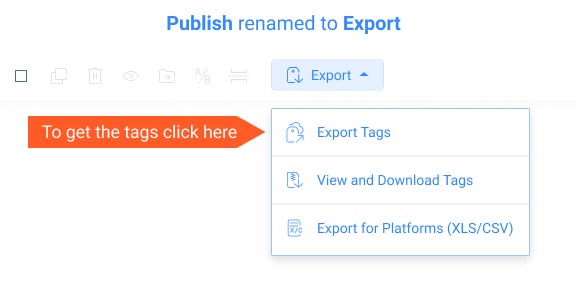 To spruce up your ad, you can now add Custom particles effect and change a myriad of settings. Have you ever wanted to add a moving ⚽️ on an ad? Or add some 🎵 icons? Or show Halloween festivity on the ad 🎃? Indicate that you 👍🏼 the product? Show some 😀 on it? Some more icons to add to the ad: 🎈, 🌼, ☀️, ☁️, 💶, ✈️, etc. The possibilities are literally endless. This feature can be found under the "Extras" tab under the "Effects and Widget" heading. For the particles effect you can choose the following options:

There are more options for map layouts. You can choose:

You can now position and scale video control buttons. When you have switched on the "Audio button" and/or "Controls" then clicking on the pencil icon will open the Scale and position tool where you can change the size and location on the video. 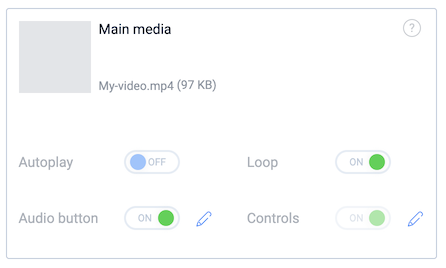 Thanks for being updated on the latest changes in our platform, and we wish you a fruitful day 🍎